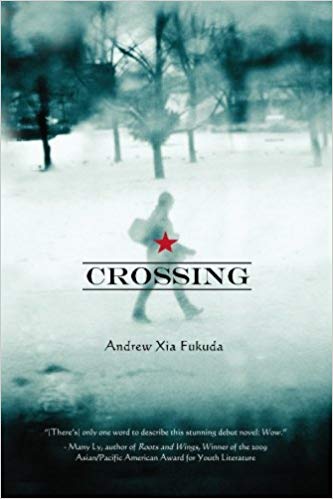 It’s freshman year for Xing Xu, but the usual indignities have followed him to high school: bullying, racism, and underestimation. Then two things happen: he stumbles into an audition for the school musical, and other students start turning up dead. In this carefully observed, remarkably deft debut, Fukuda wraps his thriller plot around Xing’s sense of racial and emotional identity. Sad, elegant, and creepy.

“It’s freshman year for Kris Xu. But those annual fantasies of remaking himself from the quiet Chinese kid with the voice that is “Jackie Chan cumbersome” are dashed when the usual indignities resume: bullying, racism, and underestimation. Even his best friend and secret crush, Naomi—the only other Chinese student—seems to be pulling away. Then two things happen: he stumbles into an audition for the school musical and finds the glorious voice he thought he left in China, and other students start showing up dead. Although it has the plot outline of a thriller, this semifinalist in Amazon’s Breakthrough Novel Contest has the careful language and fine observations of a book with much more on its mind. Wrapped up ever more tightly in the plot is Kris’ sense of racial and emotional identity, and his battle with self-loathing begins to test his reliability as a narrator. Even his name is a feint; those who know him call him Xing—but who really knows him? There are a handful of suspects to the increasingly grisly crimes, and though the ultimate revelations are a tad rushed, they contain enough heartbreaking truths to deliver a significant punch. Sad, elegant, and creepy, this is a deft debut.”
—ALA Booklist (starred review)

“[Crossing] presents an arresting, compelling look into the heart and mind of a disaffected high school freshman… The author has Xing’s voice dead on, and the loneliness of the boy’s life… and his bitter demeanor make it seem probable that he knows more than he’s telling. Xing stays one step ahead of the reader, the truth of his world kept just out of reach.”
—Publishers Weekly

“[Crossing] is beautifully written and has a plot that will scare your pants off… Rest assured, you will be satisfied on many levels—vivid descriptions, keen character portrayals, a smashing plot—if you pick the book up. Just don’t imagine you’re going to sleep peacefully after reading it! We await the movie.”
—Asian Review of Books (read the full review)